Nate Campbell is the Founder of “Your Restaurant Helper.” With over a decade of restaurant experience, he has decided to take his passion 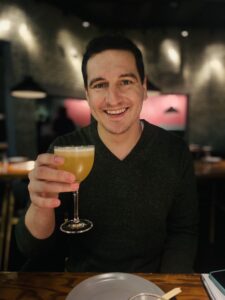 for hospitality and excellent teamwork to help transform the culture of the restaurant industry. Learning from some of the most profitable independent restaurant groups in the nation, he has developed the winning formula to retaining employees! Nate created this course to save restaurant managers money year after year.

Nate has worked a range of jobs in the restaurant realm of Chicago before settling into restaurant consulting. He started as a server with Bandera on Michigan Ave, which is part of the Hillstone Restaurant Group. Along with the building blocks of how to serve a guest properly, he learned a very efficient system that included employees learning a short-hand language that they followed for consistency (ex: Diet Coke was DK; Lime was a Triangle). From there, he joined the opening team of Bohemian House which earned a Michellin Bib-Gourmand award during their tenure as a restaurant. It was at BoHo (nickname for Bohemian House), that Nate got a taste of the back of the house to help an understaffed kitchen while still serving as his main role. Nate started to learn about the management side of the business along with the process of opening a new restaurant during his time at BoHo. After that, Nate spent a short-while at Burger Bar (part of Good Eat’s Group) where he first created a server training manual for his General Manager.

When Nate found out the former Chef who made BoHo exceptional had the opportunity to open a restaurant as a Chef and Partner, Nate joined his ranks within the Boka Restaurant Group. It was his time with the opening team of Bellemore that his passion for growing restaurant teams together was truly ignited. After spending time as a Captain, expanding his food and wine knowledge Nate wanted to continue to grow in the industry. He accepted a role as a Manager to help Boka open its next restaurant concept of Dutch & Doc’s (now known as Swift & Sons Tavern) in Wrigleyville. Nate was able to teach a staff how to meet Boka level of expectations while embracing the chaos of Wrigleyville during baseball season. This included the Cubs vs Indians series (most popular series of the year) on our opening weekend which taught everyone invaluable lessons. Being able to observe and work with a James Beard Award-winning organization during these opening situations was truly a blessing.

It was in 2019 that Nate was finally able to combine all of his previous knowledge and help bring his passion for teamwork together as a consultant under the company name of NATE C Inc. Using lessons learned from his Finance and Management B.A. from Augustana College, having a role that included Kaizan Lead (Process Improvement) with Honeywell Analytics, to the joys and struggles of being a comedian in the Second City along with his hospitality experiences, he began helping improve other restaurants.

When Nate isn’t at work transforming the restaurant industry he is an ACE certified personal trainer that loves accompanying people on their fitness journey to health with FFC in the South Loop. This love has included being able to find parallels between human and restaurant’s journeys to health. Nate also operates a weekly comedy podcast known as The Modest Podest (currently on Covid Hiatus) where he interviews guests from all walks of life. He is married to the wonderful and talented Samantha, a counselor for a High School in the suburbs of Chicago. He is the proud owner of a Corgi named Bill who always puts a smile on his face. 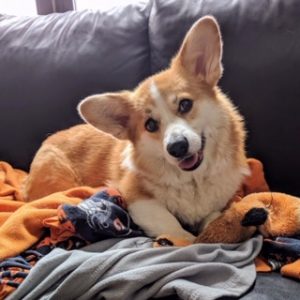